There was a lot of preparation ahead of the day, and even more so on the morning of the event. I had some great helpers with me and it didn’t take long for it all to come together: we had amazing decorations, food and raffle prizes that people had so kindly donated. After a few hours of work, it was amazing to see the room ready for the event – I was so excited by that point!

The afternoon started with a chance for everyone to eat, drink and meet others. There were also lots of things on sale including some handmade cards and keyrings, as well as raffle tickets and auction prizes. Once everyone was seated I welcomed everyone and gave a short speech. I had been so nervous about the prospect of talking to a room a full of people. I think that blogging and talking about my experience has really helped me feel confident talking about cancer and my journey, but where public speaking is concerned, I’m used to talking to a class of children rather than a room of 150 adults using a microphone! Although, once I started to talk, my initial nerves disappeared and I actually ended up enjoying it. 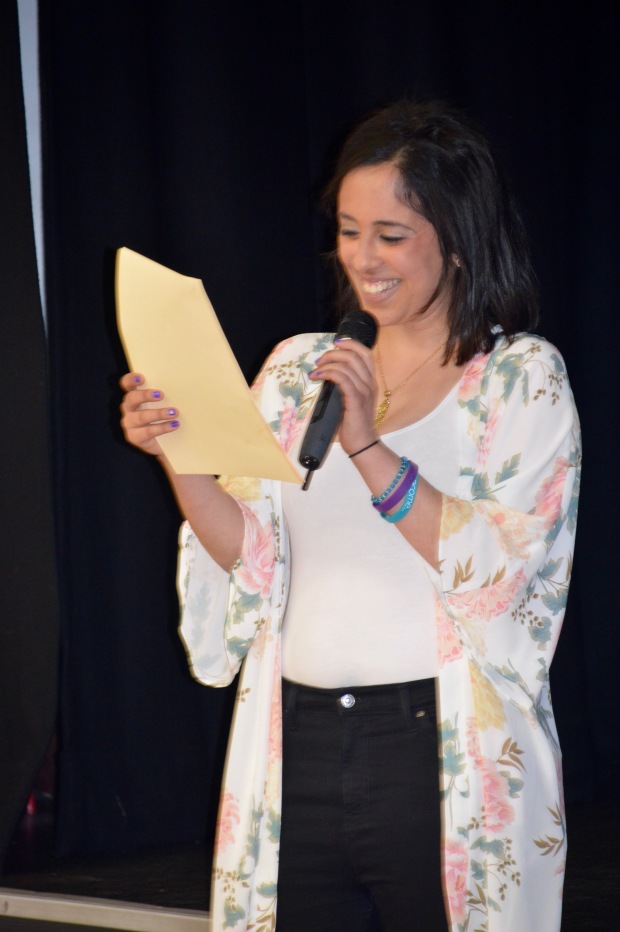 After my speech, Mr Butler presented a talk about the history of, and developments in, cancer and specifically ovarian cancer. He also spoke about BRCA gene mutations and the research and development that the Royal Marsden is doing in these areas. I learned so much from the talk. For example, about the developments in ovarian cancer treatment and drugs. While Mr Butler was talking, I remember looking around the room and seeing everyone so engaged, and I was so pleased to have played a part in raising awareness in this way. Mr Butler coincidently ended his talk with the same ending line as my speech – “knowledge is power,” which was great, as it was what I had hoped the main take home message of the day would be. 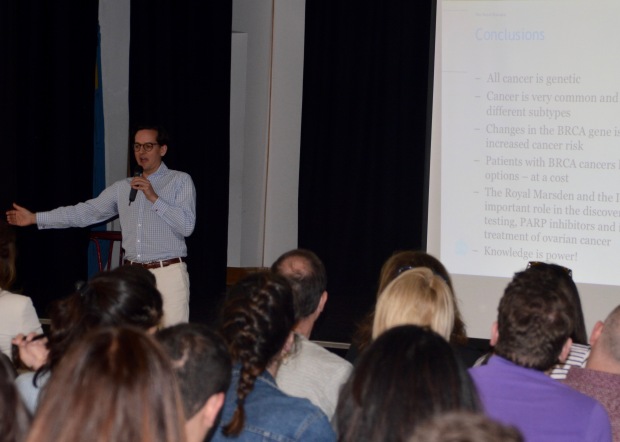 After Mr Butler’s talk, we held the raffle draw and auction. It was so exciting and such a joy to see people win the amazing prizes that had been donated. It was at this point I had another really good look around the room to soak up the atmosphere and remind myself what all the hard work preparing had been for. I also couldn’t help but think how good it would be to do this again. And when I get an idea in my head, I tend to keep going with it, so watch this space for details of BRCAfest2018! 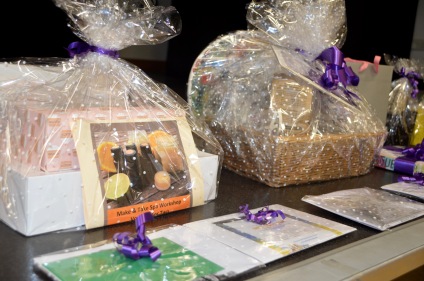 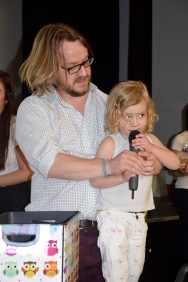 As soon as we had cleared the hall, a few of us sat round and started to count up the money we had raised. I am so excited to say that the grand total raised by BRCAfest was £5,402.17! This figure is just incredible, and it is so overwhelming to think about all the support that people have given in order for us to raise as much as we did.

Clearing up BRCAfest meant taking home A LOT of leftover food and when I saw just how much cake was left over, I instantly knew what I had to do. As I told everybody at BRCAfest, my medical team have been like my second family through treatment, and so I wanted them in some way to be part of the event. The next morning, I booked myself a cab and headed up to the Royal Marsden to deliver the cakes to some very special people who have, and continue to, take incredible care of me. They helped save my life and so giving them cake to have with their cups of tea on a Monday morning was just a small thing I can do to remind them all just how special they are to me. 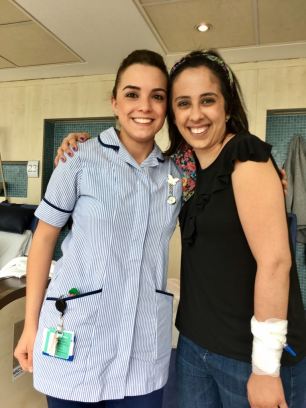 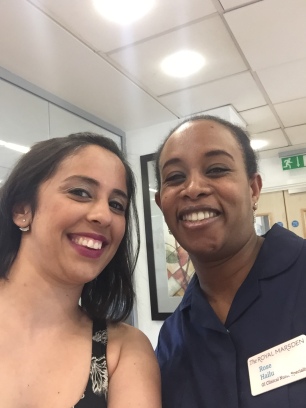 I would like of say a huge thank you everybody who attended BRCAfest and those who donated gifts and food. And a special thanks to the children at Deansbrook Primary School and Little Reddings Primary School for making cards and keyrings that were on sale, to Fiona Cohen for afternoon doing her drawings for us and to Georgine Waller for capturing it all on camera. A big thank you to Hartley Hall for donating the venue for the event and finally to Mr Butler for being our guest speaker.

BRCAfest happened ten months to the day of my diagnosis, so on a personal note it was another celebration of how far I have come in such a short space of time. I often find it hard to make sense of just how much has happened in less than a year. I feel like a different person, and in many ways, I am. Photographs and images are an amazing way of capturing moments, good or bad but also for making sense of change. The photo on the left is from 9th June 2016 when I was on my way to see Mr Butler for the results and diagnosis, and the photo on the right is of me and Mr Butler at BRCAfest. To me these capture the same person, but also highlights some of the differences I see in myself.

Now that the event is over, there are lots of things I need to focus on over the coming weeks. I have my Avastin treatment as well as my three monthly ‘breast MOT’ to check that my potentially killer mutant boobs are behaving themselves, and are only (thanks to the menopause) guilty of increasing in size…which I don‘t class as a real problem! I will also be taking a big step at work and getting back in front of a class of children to teach my first French class since May 2016. There is lots to come over the next few weeks, but the enjoyment and success of BRCAfest has definitely helped to set me up positively for it all! 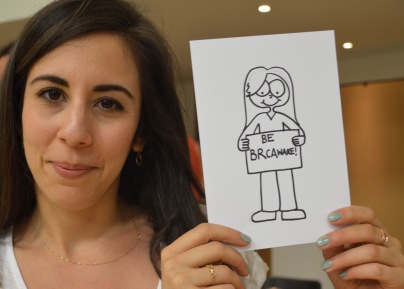 All photographs from BRCAfest 2017 can be accessed using the link below:

Laura is a 27 year old primary school teacher living in London. She was recently diagnosed with ovarian cancer. She wants to raise awareness among young women about the BRCA 1 mutation and her type of cancer through articles, pictures and anecdotes.